Psychology is a modern concept focused on the development of post-information technologies. Her task is to use the resources of consciousness. Psychonetics is a set of psycho technologies built on a single methodological basis and aimed at solving constructively set tasks using special properties inherent only in consciousness. The author of the concept of psychonetics is O. G. Bakhtiyarov.

History of occurrence and development

The Japanese entrepreneur Kazuma Tateisi introduced the term “Psychonetics” in 1970 to denote the technological era that follows the era of bio-information technologies. In 1997, the book by O. G. Bakhtiyarov “Post-Information Technologies: An Introduction to Psychonetics” was published, and in 2010 his work “Active Consciousness”, in which psychonetics is considered as an “engineering” discipline aimed at generating new realities of consciousness and using them to solve pragmatic tasks, including the development of new technologies. In these works, both the methodological foundations and the specific psychotechnics underlying the psychonetic technologies are considered.

In June 2011, the section “Philosophical Issues of Psychonetics” was created as part of the Russian Philosophical Society. Currently, the developments are carried out both on the basis of the organizations mentioned and in the framework of the Russian-Ukrainian project “Post-non-classical methodology: formation, development, principles, prospects” (Decree of the Presidium of the National Academy of Sciences of Ukraine No. 67 of April 6, 2005, Project No. 14)

Currently, four forms of work are distinguished in psychonetics:

The main directions of psychonetic developments:

The component of psychonetic psychotechnics is the technique of deconcentration of attention developed by O. G. Bakhtiyarov. Arbitrary attention is the act of purposefully distinguishing the figure from the background. Attention concentration (CV) – a long-term stable selection of a given figure from the background, a homogeneous perceptual background opposed to the figure, not fixed by consciousness (the concepts of figure and background, perceptual forces acting in the field of perception, are developed in detail in Gestalt psychology). Deconcentration (DHQ) is the process of destruction of the formed perceptual figures and the uniform distribution of attention across the entire field of perception, in which there is only one uniform, consciously perceived background. As a natural, involuntary process dKV occurs in certain phases of sleep, prostration.

Deconcentration can be made in the fields of perception of various modalities – visual, auditory, tactile, somatic. Also deconcentration can be polymodal. There are planar DKV, in which there is a decrease in psycho-physiological tone and an increase in detachment from the outside world, and volumetric DKV, in which there is increased sensory contact with the environment and a sharp increase in tone. So, with reference to the visual modality in the first case, a person observes the outside world as if the world was projected onto a flat screen in front of it in the form of a chaotic set of color spots; in the second case, the person fixes the distance to each visible object and its position in the surrounding space. Volumetric dKV can be used in situations that require processing large amounts of information, orientation in an environment that contains hidden significant parameters. In particular, deconcentration is used in the psychological preparation of freedivers. Plane deconcentration is used in various methods of teaching speed reading. 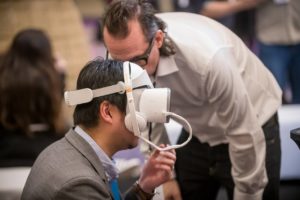 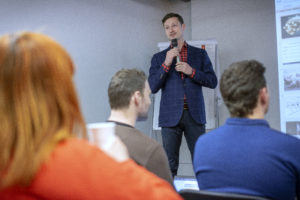 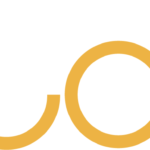 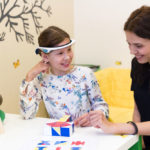 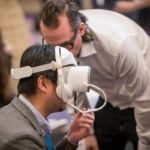 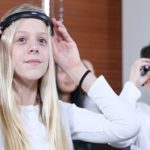 Evoemo – the course of self-identification